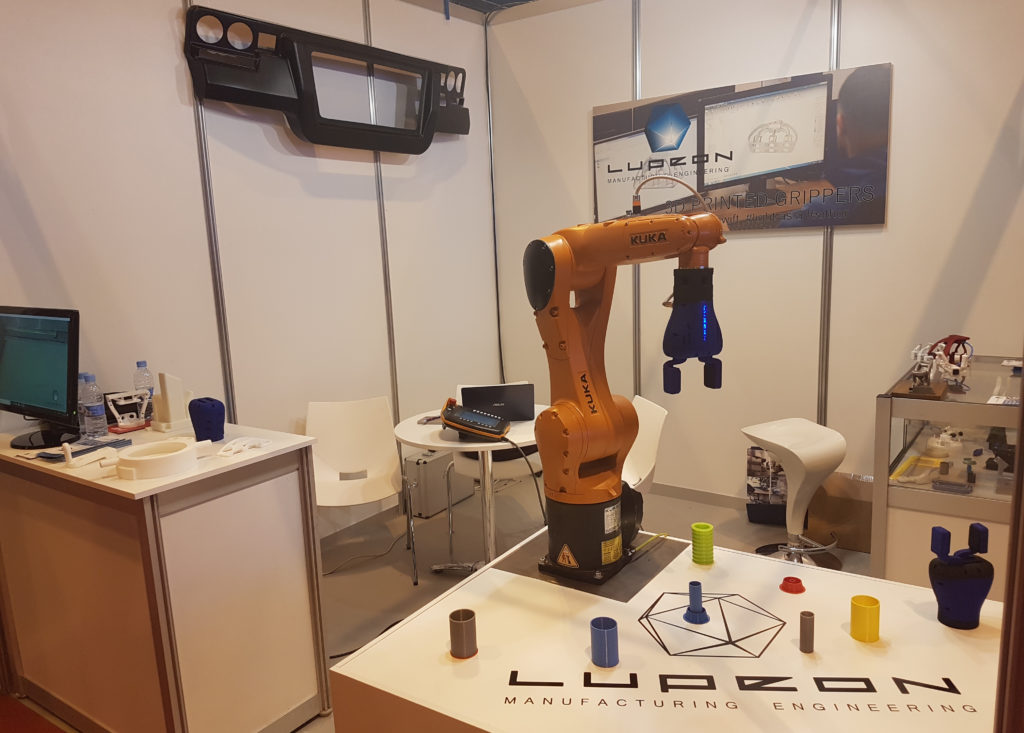 During the last years LUPEON has wanted to be an important player in fields as new as robotics. To this end, the R&D department has made great efforts to apply the advantages of additive manufacturing and provide a differential value, especially in the design of robotic grippers.

For this reason, we could not miss the opportunity to be present at the Global Robot Expo 2018, which took place from 18 to 20 April, in which large international companies in the robotics sector also participated. The main theme of this year’s edition was Industry 4.0, Artificial Intelligence and the Aerospace Sector. The event was attended by 150 participating companies and the number of attendees was a success, reaching the figure of 6,000 visitors.

We knew the high level of previous editions and the LUPEON team wanted to show a new and own product that captured the attention of professionals in the sector. KUKA, one of the world’s leading robot manufacturers, was involved in the project. LUPEON’s engineering department developed a gripper in which multiple benefits of additive manufacturing were applied:

During the two days of the fair, we made multiple demonstrations to a large number of professionals who were interested in our products. If you could not visit us during the fair, or if after the visit you have any questions about our products and / or services, do not hesitate to contact us.